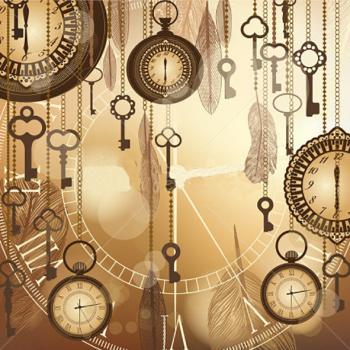 From the beginning, understood it as the settlement of human beings on the planet as a farmer, we had the vital need to measure time based on the succession of natural principles like the seasons. These days we have precise knowledge of when to be cultivated this or that product, germination, better growth, but also the curiosity was leading us to try to capture the moments of a more concrete form, and with a simple stake we invented the sundial, which were refined over the centuries, until the culmination of wisdom inventing the astrolabe. But we did´t stop t there, The physic and the mechanism sciencs were developing more and more comfortable and precise products and so we got to watch .

It seems to be the first mechanical clock that is reference is the one invented by the English Richard Wasigford, abbot of St. Albano abd it was in 1326, somewhat later in the Louvre in Paris more evolved another clock was installed and was from then that began to proliferate by towers, bell towers and official buildings. It was not until the seventeenth century began to be manufactured and become popular watches pocket being Peeter Bell of Nuremberg the first in to imagine them.

Compass Rose of the winds