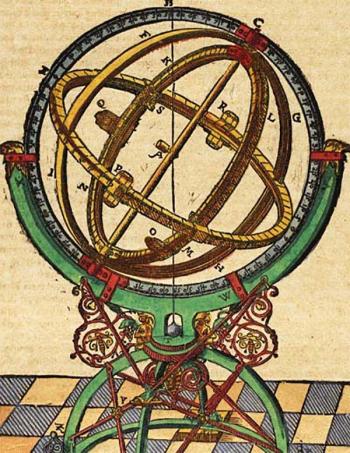 The armillary sphere is an old instrument used up to 1600 used to determine the celestial coordinates of the stars. It is thought that it was invented by the Greek astronomer Eratostenes was invented towards the 255.

It has inserted a certain number of circles ("armilla" means bracelet in latin) which represent the celestial equator, the ecliptic, the horizon, the zodiac, etc., in such a way that, once directed towards a star, their celestial coordinates could be read on graduated scales.